Our mission is to advocate for and facilitate the development and maintenance of a safe, multi-use, year-round recreational trail system in Northern Michigan; and to promote the maintenance and use of these trails for the benefit of all. 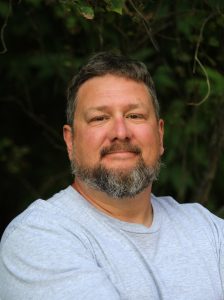 As Executive Director, Brent leads TOMTC’s work Advocating, Maintaining and Promoting trails in Northern Michigan. He comes to us from a long career in clean water advocacy, most recently as Regional Director with the national non-profit organization Clean Water Action. His wife Danielle is a Northern Michigan native and they are excited to have realized their dream of living in Petoskey. Away from the office Brent enjoys playing ice hockey and trying to keep up with his son David on hiking, biking, and camping adventures. 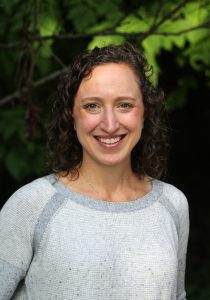 As Associate Director, Becca works on the coordination of programming for the Top of Michigan Trails Council. Joining the team in 2019, her favorite activity on the trails is running. She is a Petoskey native who found herself returning to the area many times over, and is excited to combine her love of trails with the vitality of the area she feels lucky to call home. When not at work she can be found exploring with her husband, Trevor, and dog, Clara, paddle boarding, or making a mess in the kitchen, loving to both cook and bake. 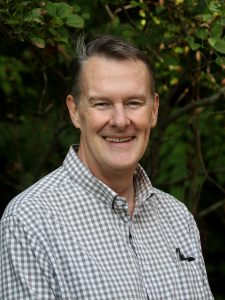 As Relationship Builder, Eric Cox, TOMTC’s newest hire, is responsible for developing new Trails Council partnerships and nurturing existing ones, in addition to assisting with communications needs. After a long career in newspaper journalism, this former publisher still freelances as a writer, photographer and editor. An Indiana native, Eric lives in Petoskey with his wife, Stacy. They enjoy exploring Northern Michigan via bicycle, walking, and hiking as well as spending time with family. 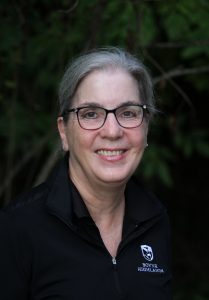 A Midland native who now resides in Cross Village, Linda Slater is the Trails Council’s administrative assistant. She retired from a career in engineering and planning at Central Michigan University in Mt. Pleasant. When she moved north, Linda wanted to continue working in a community facing organization. Her brief search yielded her current role, which includes bookkeeping, general office support, and interacting with the many Trails Center visitors. She and her husband, Mark, have two children, three grandchildren, and a dog. In their spare time, the Slaters enjoy walking, hiking, golf and cycling. 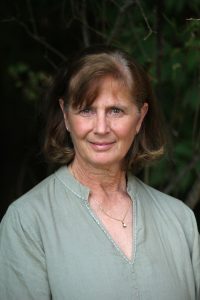 Petoskey native Cindy Okerlund heads up TOMTC’s youth programs. At the forefront of those programs is the Kids Biking Initiative, “Pedaling with a Purpose”, which focuses on getting area 4th graders outdoors, riding bikes safely, improving their health, and experiencing our beautiful area and trails. In 2015, Cindy retired from a career in public education. She taught health education and life science in Harbor Springs schools. Cindy resides in Petoskey with her husband, Matthew Tamm. The couple, who enjoy spending time outdoors, teaching and cycling, have two children and one grandchild. 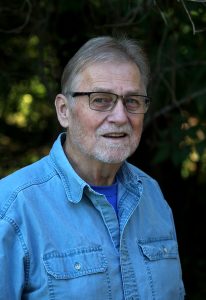 Bill Prall serves as TOMTC’s Safety & Maintenance Director. A founding member of TOMTC, Bill has been involved in cycling and bike racing since he was a kid in Detroit. He joined the legendary Wolverine Sports Club after encouragement from its longtime leader and racing coach, the late Mike Walden. In 1981, Bill started the Touring Gear bike shop in Harbor Springs, where he and his wife, Shirley, still reside. In his job as safety and maintenance director, he oversees trail maintenance, trail signage, and other trail safety concerns. Bill and Shirley, who enjoy bike riding, cross country skiing, playing and listening to music, and spending time with family, have one married son and two granddaughters. 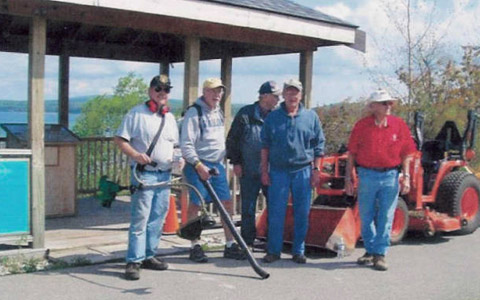 How Trails are Built

TOMTC partners with local committees to develop new rights of way and to improve the ones we have. Local committees are always seeking volunteers to help make the organizations more effective.  As a 501 (c) 3 corporation, TOMTC supports trail committees and acts as the fiduciary agent for those committees.  Some of the trail committees that we are working with include the Boyne City to Charlevoix, Burt Lake Trail, Charlevoix to Traverse City, Boyne Valley Trailway, Little Traverse Wheelway, and Friends of the North Central State Trail committees.