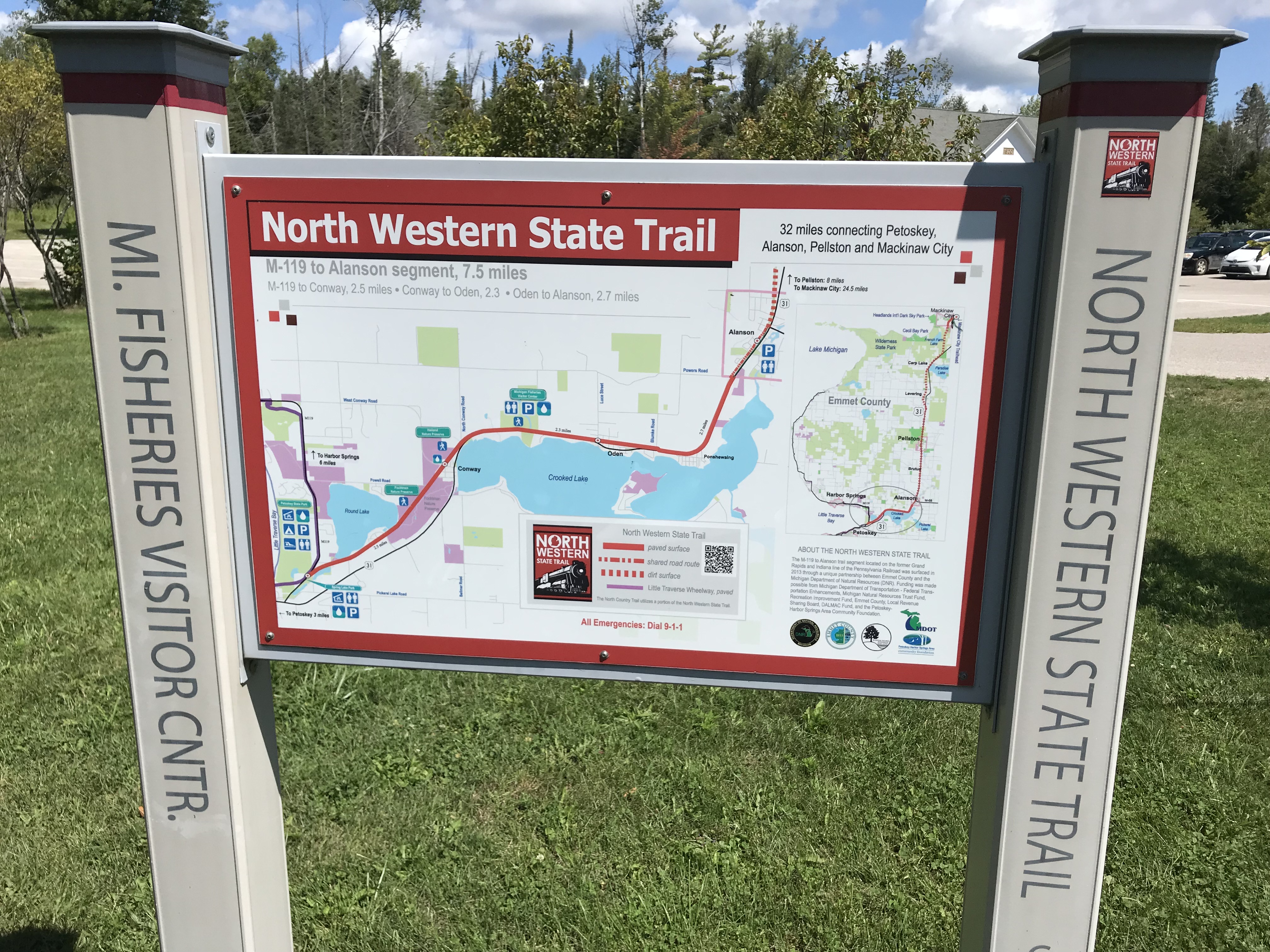 The North Western State Trail (NWST) will be seeing an improvement in 2022 thanks to a grant award from the Michigan Department of Natural Resources (DNR) Trust Fund. The trail runs from Petoskey to Mackinaw City along the former Grand Rapids and Indiana line of the Pennsylvania Railroad (once known as “The Fishing Line”) that opened in 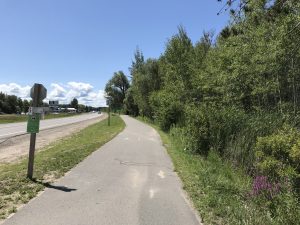 1882 and continued in some areas until 1992. Currently, a section of the trail from just north of Oden to just south of Alanson runs in the US 31 right of way instead of the former railroad bed. Thanks to a decade of efforts, the pieces are coming together to improve the trail by moving it away from the highway and into the railroad corridor.

A Michigan Department of Transportation release described the project as follows:

Starting in 2022, MDOT plans to rebuild US-31 from Indiana Road to south of the northern Milton Road/U.S. 31 intersection, and M-68 from U.S. 31 to the Crooked River bridge. Work will entail sidewalk improvements, traffic signal improvements, access management changes to driveways and intersections along the route, streetscape improvements, carpool lot paving and drainage improvements.

The project will also include relocating North Western State Trail on the west side of U.S. 31 in three sections:

“I’m so pleased by the initiative MDOT has shown in making sure that the North Western State Trail is taken care of, and in fact improved, during their project to reconstruct this section of US 31,” said Brent Bolin, Executive Director of Top of Michigan Trails Council. “I also want to personally thank Littlefield Township Supervisor Damien Henning for leading the Trust Fund application and of course long time local trail advocate Max Putters for keeping the dream of this railroad right of way acquisition and trail relocation alive for the past decade. Our partners at Emmet County and the Department of Natural Resources were also key players in making this happen.”

“This land acquisition will improve the overall usability and safety of the North Western State Rail by removing the current trail from the MDOT right of way and relocating it to the nearby old rail corridor. This acquisition also decreases annual maintenance along this stretch of trail.   DNR, MDOT, Littlefield Township, Top of Michigan Trails Council, and Emmet County have all come together to push this project forward for the betterment of the community and our trails,” said Ryan Bauman, Emmet County Director of Parks and Recreation.