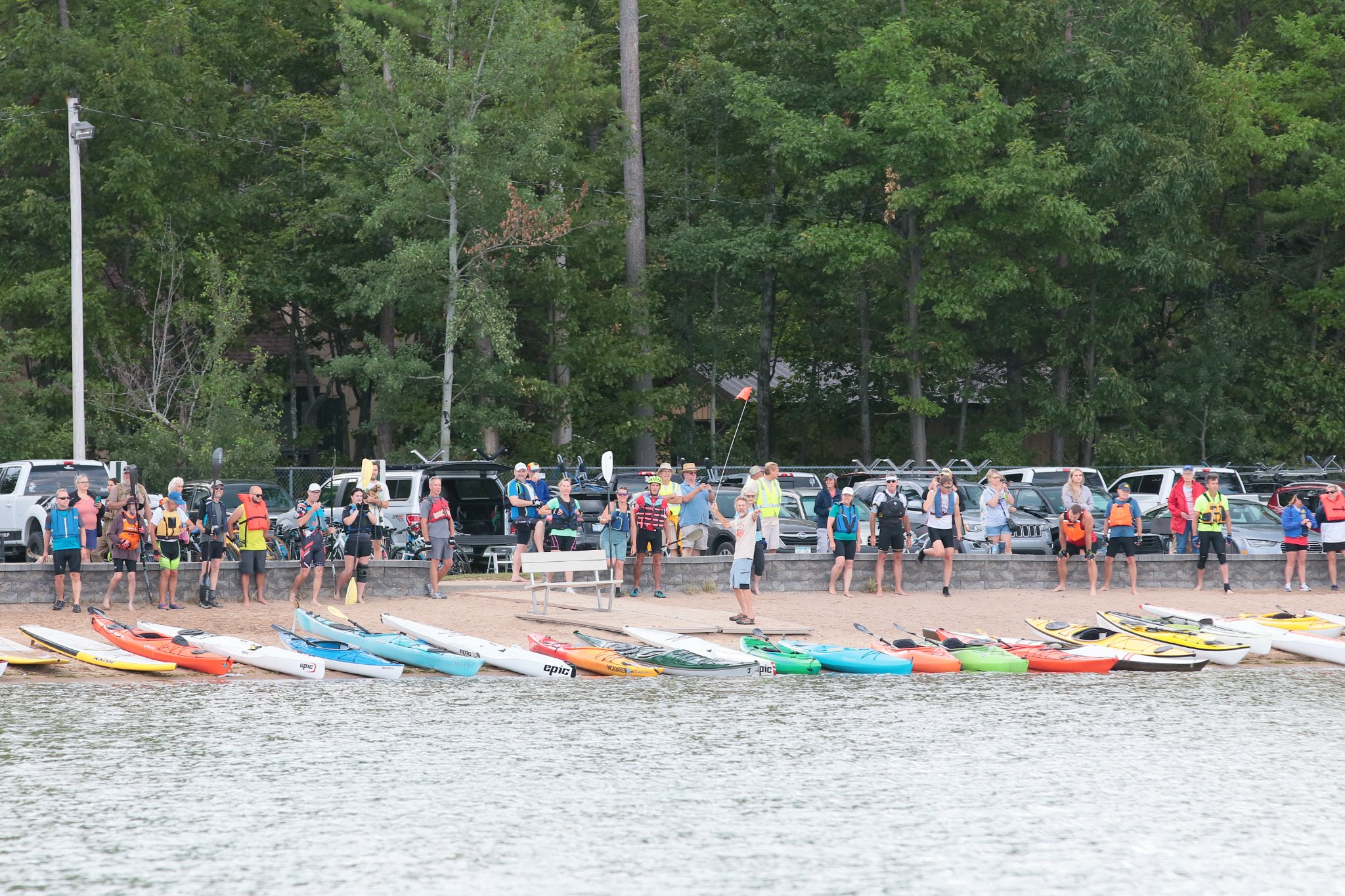 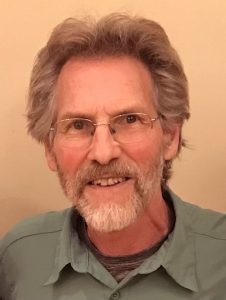 For Indian River’s Jess Miller, the 15th annual Kayak-Bike Biathlon, held Sunday, July 24, was bittersweet. It was sweet because it was yet another successful event, and a touch bitter because it was his last.

The annual biathlon, which coincides with Indian River’s SummerFest, is Miller’s brainchild. Following a career in secondary and post-secondary education, the biathlon became his post-retirement project aimed at filling free time with volunteer efforts.

In 2007, dissatisfied with the SummerFest’s offerings, Miller spoke up, lamenting to town officials that the annual festival seemed centered around beer tents and beer drinking.

“Of course, I was told to come up with another event,” Miller laughed. “I wanted the event to focus on and utilize our beautiful trails and waterways. So, I thought a biathlon would highlight both.”

Officials agreed with his concept, and the first Indian River Kayak-Bike Biathlon – the only such event in existence according to Miller – took place in 2008 with 58 participants.

Initially, while many of the race logistics came together easily, others took more time and thought.

“I spent a long time trying to figure out the route,” Miller said. “We needed a sandy beach that could accommodate 100 kayaks. I settled on Devoe Beach with its 300 feet of sandy Burt Lake frontage. That’s why we limit participants to 100, because that’s how many kayaks the beach will fit.

Once athletes exit their kayaks, there’s a designated bike route through town straight to the North Central State Trail. That has turned out to be a perfect route. We’ve never changed it.”

Since that first event, Miller said he has consistently relied on a group of friendly and dedicated sponsors and volunteers to help underwrite, organize and coordinate each year’s race.

“Planning starts in April for an event in July,” Miller explained. “It takes a lot of work and coordination to get this done.”

Next year, the Top of Michigan Trails Council will assume leadership of the biathlon, giving Miller a break from the action. The organization has long been a part of the biathlon, serving as fiscal agent and receiving the proceeds to fund trail projects in and around Indian River, so taking over as Miller steps down seems a natural fit.

“I can finally retire and that makes this year’s event special,” said Miller. “I love this event, but it’s been 15 years. After all the work to set it up, delegating all the different responsibilities, setting everything up … it’s a heckuva lot of work. The whole event is like an orchestra that needs to be conducted. It’s really bittersweet to let it go, but it’s also really good!”

Miller’s voice betrayed his emotions when describing the loyal participants and the race in general.

“All the people are so wonderful and so fulfilled and so appreciative,” he said. “There have been times when I wanted to hang it up, but then I think about all the great people … and I agree to do it again. The actual event is such an uplifting experience. (The participants) bring me to tears. They’re great athletes and great people.”

Miller named several long-time racers, some of whom drove as long as eight or nine hours to attend, lauding each of them for their character, commitment, and athletic prowess.

Among those names was this year’s men’s overall winner, Denny Paull, a veterinarian from Cheboygan, who coincidentally, shared podium honors with his daughter, Mandy, overall winner of the women’s race.

While Mandy set a new women’s race record last year, her father established one of his own this year, finishing the 2.24 mile kayaking segment and the 11.68 mile cycling section in just under 51 minutes. The next closest contestants were seven or eight minutes behind Paull.

The race’s kayaking leg starts at Burt Lake’s DeVoe Beach, goes up the Indian River (inland waterway), and returns to its starting point where athletes mount bicycles. A short, protected course cuts through town to the North Central State Trail where racers complete a northbound out-and-back route. The race culminates in town, at the trailhead near the Indian River Chamber of Commerce.

Use of the North Central State Trail for the biathlon is just fine with TOMTC Executive Director Brent Bolin. Each year, the Trails Council assists Miller in race preparation and execution. Bolin said the Trails Council is excited to have Miller hand the reins to his organization.

“Through perseverance and tireless hard work, Jess has built a really great event for Indian River – one that draws a big crowd to town and also features one of our most popular thoroughfares, the North Central State Trail. We’re proud to take over what Jess has so diligently built, and we will continue to develop his successful idea.” 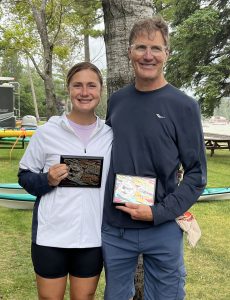 Denny Paull and his daughter, Mandy, were the winners, with Mr. Paull surging to a new race record, completing the course in just under 51 minutes (0:50:54). Paull’s closest competitors were at least seven minutes behind him.

Paull, a 58-year-old veterinarian and accomplished endurance athlete, has won the biathlon each of the five times he’s participated, according to Race Director Jess Miller.

Last year, Mandy won while establishing a new women’s race record, but finished slightly off that pace in winning this year’s race. She finished the course in 1:02:50.

The 2.24 mile kayak course begins on Burt Lake’s DeVoe Beach and heads up Indian River (inland waterway) to a turnaround point. Once racers return to the beach they mount bicycles and ride an 11.68-mile out-and-back route along the North Central State Trail. The race culminates in town, on the trailhead near the Indian River Chamber of Commerce.

The Trails Council has been closely associated with this event for year, and next year we’ll take over race directorship from founder Jess Miller, who did an outstanding job conceiving and growing the biathlon. Cheers, Jess!

Read about Jess’ legacy with this event on the Petoskey News Review website.

Full results from the event can be found here, as well as photos from the day.