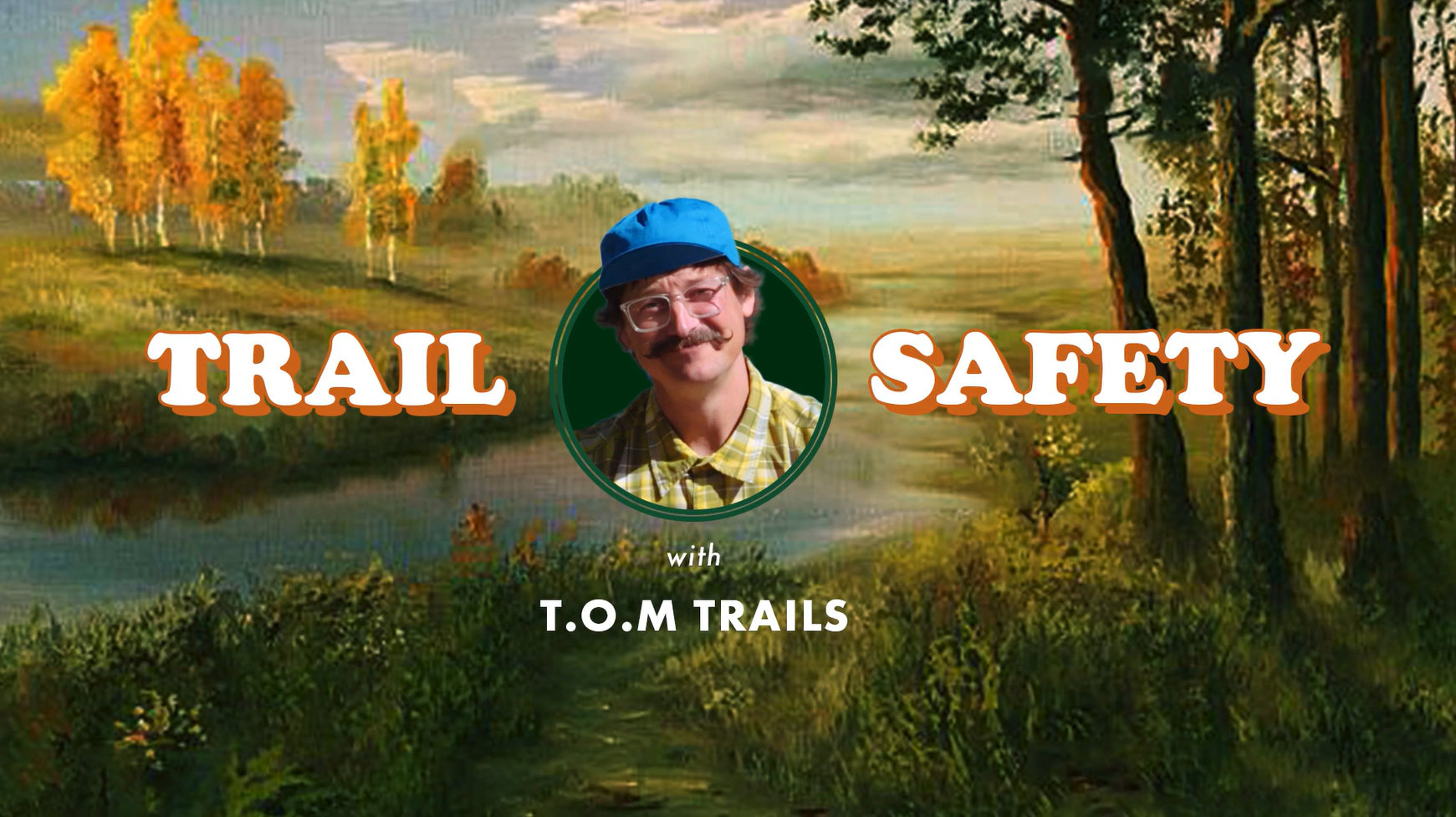 Just as Northern Michigan roads become congested during the tourism season, so do the region’s multi-use paths and trails – sometimes creating dangerous situations. As visitors – many driven outdoors by the pandemic – surge into Northern Michigan, officials are working to create safer trails by educating trail users about safety and etiquette.

Leading the charge for increased safety is the Top of Michigan Trails Council (TOMTC), a Petoskey-based nonprofit which advocates for trails and facilitates network development, overseeing over 300 miles of year-round, multi-use trail.

“The last two years we’ve really been hearing from our members and visitors to our trail center that they’re worried about sharing the trail safely with the big increase in trail traffic,” said Brent Bolin, Executive Director of TOMTC. This was confirmed when trail safety and etiquette emerged as top concerns in the organization’s recent trail user survey.

The Trails Council’s effort is supported by grants from the Petoskey-Harbor Springs Community Foundation and the League of Michigan Bicyclists, as well as participation from the City of Petoskey.

According to TOMTC Associate Director Becca Nelson, the outcry for better trail safety has been ongoing for a few years. As more visitors discover and use the Northern Michigan trails network, traffic and potential safety concerns increase. Nelson said not all trail users are aware of trail safety and etiquette practices. She hopes the new educational program will help that. 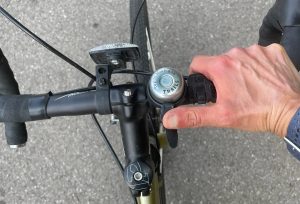 A critical part of the trails safety program is a bicycle bell initiative, an idea TOMTC borrowed from their friends in Traverse City, the TART Trails organization. Nelson said the goal is to work with the area’s major bicycle renters to get bells installed on rental bikes. “Bike bells are the ultimate peacemakers on the trail,” Nelson explained. “Letting people know you’re coming is vital to trail safety. Plus, bells have a pleasant, unobtrusive way of letting people know you’re there.

Grant funding allowed TOMTC to purchase hundreds of bells and produce the video, led by the creative team at Lake Effect Media (Mane Content). The City of Petoskey helped design and install trail signage in cooperation with TOMTC. TOMTC is also selling the bells as a fundraiser. 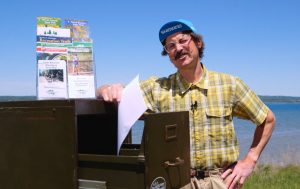 speed limits, yielding to pedestrians, announcing oneself while passing, keeping pets on leashes, being considerate of other trail users, keeping right and passing on the left, and a point on not blocking the trail when stopped. There’s also a brief segment on e-bike classifications and which e-bikes are permitted on TOMTC trails.

While not all e-bikes are permitted, local and state Law states that Class 1 e-bikes (pedal assist only, no throttle, motor governed at 20 mph) are allowed on the Little Traverse Wheelway.

Nelson said trail use has increased exponentially, doubling since 2014. The statistics were revealed in the Trails Council’s 2021 trail user survey. The additional traffic can result in dangerous situations as trail users with varying levels of experience try to navigate.

“With increased trail use and increased use of e-bikes on the Little Traverse Wheelway, one of the biggest concerns we hear is safety on the trail. Most often we hear about speed – whether it is people buzzing past or stopping mid trail to look at something – and the safety issues this causes,” Nelson explained. 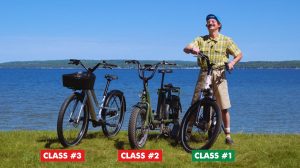 “The sharp increase in e-bikes is also a factor in real (and perceived) safety concerns, as are other forms of ‘motorized’ transport such as Solowheels, scooters, and the like,” she continued. “One of the most important lessons of the Covid pandemic is that exercise and time outdoors is vital to our health, and we want to ensure this can be done in a safe manner, so all can use the trail, no matter their mode of non motorized use or speed. We want all trail users to have access to safe recreation.”

While TOMTC’s trails safety program is focused on Petoskey and Northern Michigan trails, it could blossom in other areas.
“This multilevel approach will help us ensure that all trail users are receiving similar information to make a more enjoyable trail experience for all,” Nelson continued. “If successful, the model developed by this program can be expanded and adapted to Emmet County trails outside the City of Petoskey and as the catalyst for a regional approach to trail etiquette and safety in TOMTC’s entire eight county footprint and beyond.”

Petoskey Parks and Recreation Director Kendall Klinglesmith echoed the Trails Council’s concerts. “With the increase of users that we’ve continued to see, it’s important that there is an educational component so people can understand the rules of trails,’ Klinglesmith said. “Our partnership with the Trails Council is a unique one and (the safety and etiquette program) is one of the benefits of that relationship.”

He said though he doesn’t receive as much trail user feedback as the Trails Council, he’s nevertheless aware of the growing safety concerns.

“I don’t really receive a lot of emails or phone calls from trail users with safety concerns,” Klinglesmith explained, “but I see it with my own two eyes from my office here at Bayfront Park. I see a rise in ebikes. I see people who don’t communicate ‘on the left’ and ‘on the right’. I see people who don’t stop at stop signs. A lot of people don’t have their dogs leashed. I see parents not trying to correct their kids when they’re all over the trail. I see a lot of traffic and it’s pretty congested. This is one of those elements that is needed and hopefully over the next few years we can continue to expand and educate on how to properly enjoy the great outdoors.”

Thank you to our partners, the City of Petoskey, Petoskey Harbor Springs Area Community Foundation and the League of Michigan Biciylists Micro Grant Program. 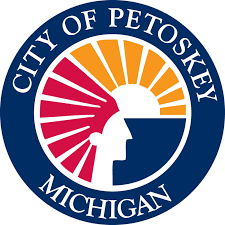 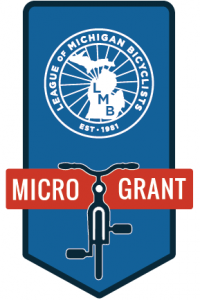