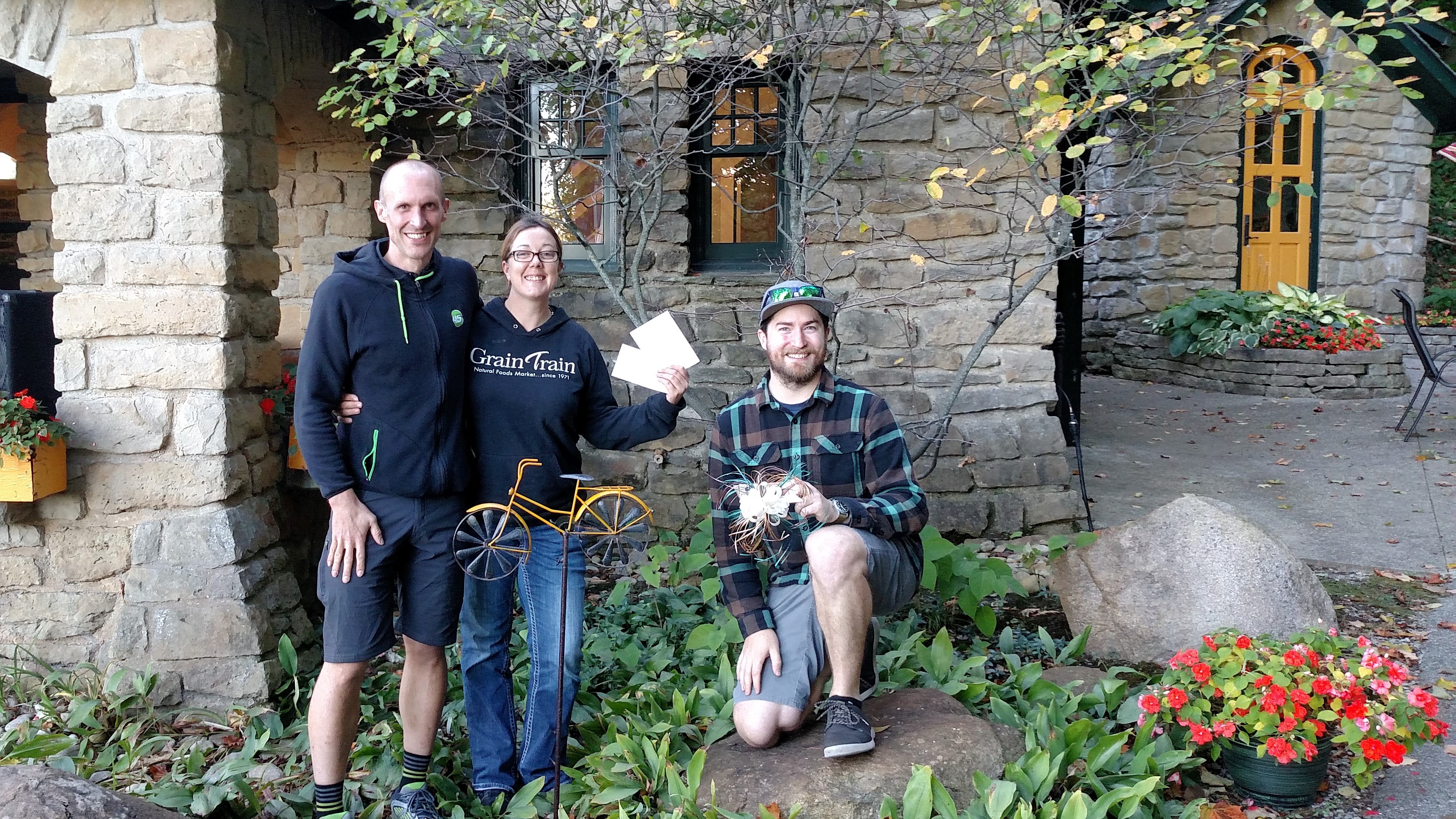 Smart Commute Emmet 2017 wrapped up Wednesday, October 4 with a celebration/awards event at the Top of Michigan Trails Council offices on M 119. Those in attendance enjoyed sharing stories of their experiences with alternative transportation over the summer.

In years past, the Smart Commute focus only lasted one week, and those that participated kept track of their walking, biking and carpooling for four days, with a celebration on Friday. This year, the Smart Commute Emmet committee decided to extend the program over the summer, in order to encourage participants to develop healthier habits over time. In addition, a new website was developed where people could log in and record their trips using alternative transportation: walking, biking or carpooling to school or work. This system would alert users when they reached a level of participation that earned them a reward—gift cards from Latitude 45, Grain Train, Crooked Tree Breadworks and Yoga Roots. They also earned additional entries into a prize drawing, which was held at the celebration on October 4.

Many smart commuters praised the new format in notes and emails to the Trails Council. One woman who rode her bike to work said, “I just wanted to say thank you for extending Smart Commute to last through the summer.  I have enjoyed the challenge.  I biked more this summer than I probably would have because I just have to reach that 500 mile marker.  Not quite there yet, but I’m getting close.”

Smart Commute made a difference in our Northern Michigan atmosphere, and in the health of those that participated. The 170 smart commuters traveled 17,273 miles in 3,400 trips. They saved 751 gallons of gas, and reduced carbon emissions by 15,020 pounds.