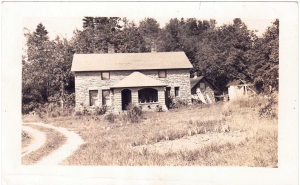 Since 2016 Top of Michigan Trails has been headquartered at the Packy Offield Trail Center, 1687 M 119, Petoskey, MI, in a historic limestone cottage at the junction of the Northwestern State Trail and Little Traverse Wheelway. This striking building has been catching eyeballs for decades, and people often stop in just to ask more about the building’s history. We are pleased to be able to share more information than ever before thanks to Robert Houska, who inherited many family letters and photographs then worked to research and put them into context.

Prior to the limestone cottage another house occupied the property, which was destroyed in the Petoskey Brewery fire of May 11-12, 1923. In late 1931 Peter Coveyou hired noted local stonemason Fred Liegl to construct the current limestone cottage. In the 1930s Peter Coveyou occupied the house with his daughter Loretta Coveyou Sears, her husband Rueben, and their daughter Lorna. Since construction of the limestone cottage by the Coveyou family, ownership has passed through other notable local families such as Kishigo and Litzenburger.

The railroad that crossed the property in Peter Coveyou’s time is now the Little Traverse Wheelway, and the Northwestern State Trail now begins across M 119 at Spring Lake Park where once ice from Mud Lake was cut for the cottage’s icehouse. Top of Michigan Trails is proud to preserve and share this history through the open doors of our Packy Offield Trail Center. 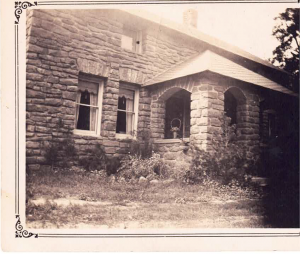 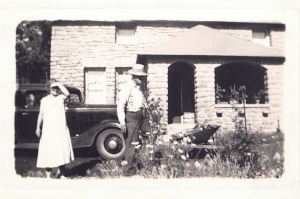 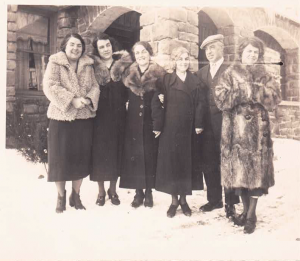 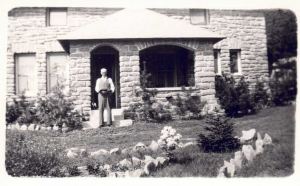 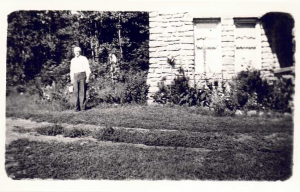 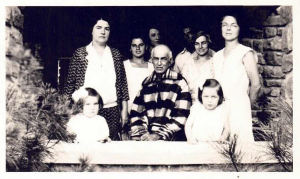 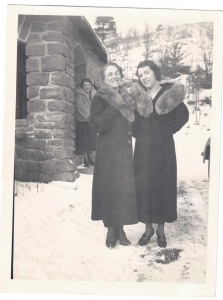 11/24/1920 – Letter from Loretta Coveyou Sears to her sister Monica Coveyou McCann. They often referred to the land where the stone house is located as “The Place.” It talks about Peter and his son Bernard farming the land and staying there. (So there was a house there before the stone house). The first house burnt during the Petoskey Brewery fire on May 11-12, 1923, as reported in the Cheboygan Democrat May 17th, 1923. Shared by Robert Houska.

12/15/1931 – Letter from Cecelia Coveyou Lewis to Monica Coveyou McCann. It talks of the house being almost finished and Rueben Sears [Loretta Coveyou Sears Husband] working on the house. Shared by Robert Houska.

03/24/1932 – Letter from Loretta Coveyou Sears to Monica Coveyou McCann (two of Peter Coveyou’s daughters). Loretta, her husband Rueben, and their daughter Lorna were living with Peter in the Limestone Cottage. It talks of the house being mostly done and them living in it. Both the 1931 and the 1932 letters are addressed from 312 Division Street. Shared by Robert Houska.

07/24/1940 – 2015 – Various Owners, records indicate it changed hands six times before Top of Michigan Trails Council purchased it through the generosity of our community.