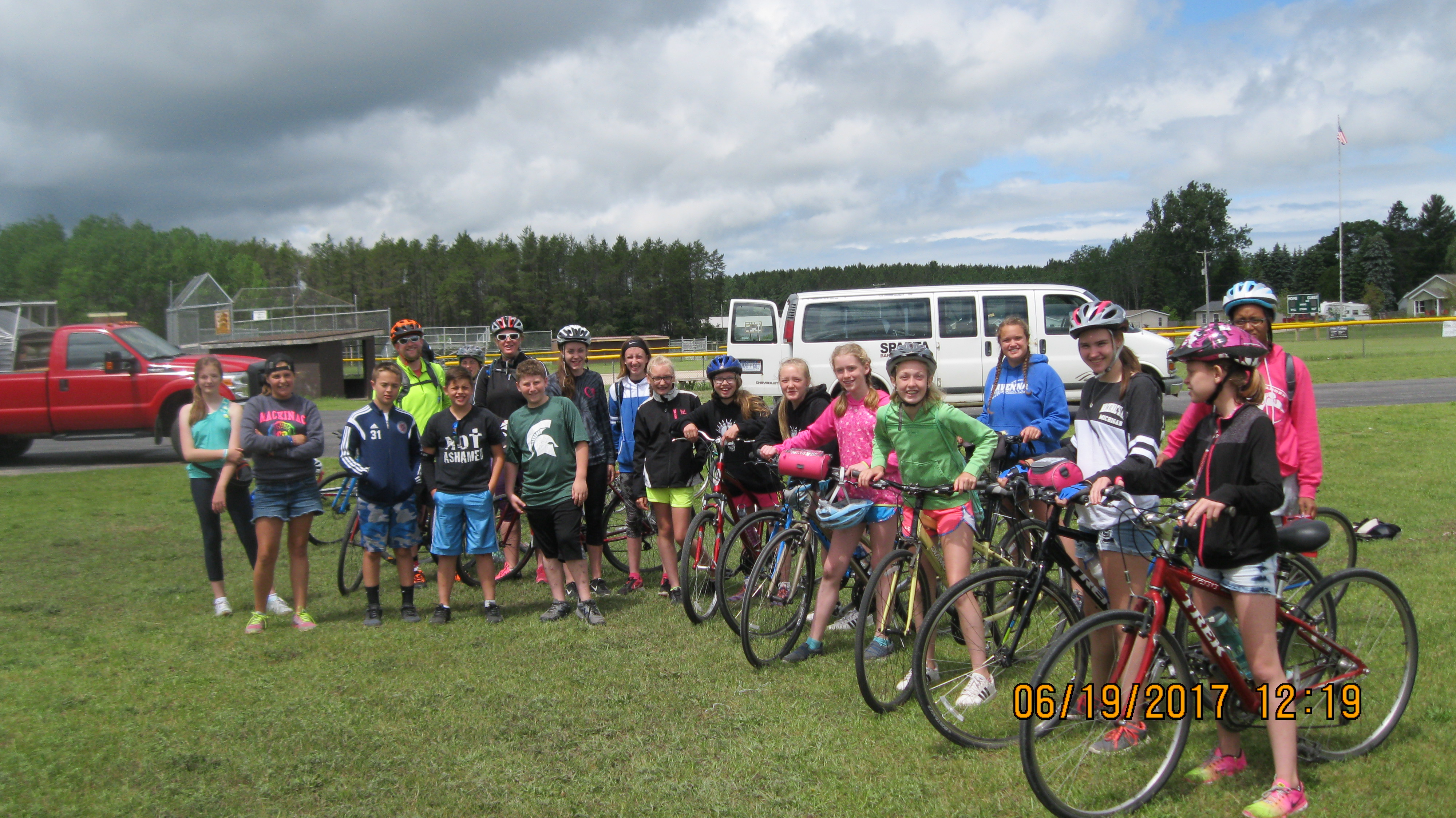 There was a large increase in the use of the North Western State Trail (NWST) on one particular day in June, as a bike tour group from the Muskegon area pedaled through northern Michigan.

Our house sits right along the trail and next to Pellston Pioneer Park. Late in the morning of June 19, I saw a group of 10 or so riders leaving the trail and heading into the park. Upon further inspection, I met a few of the 26 adult chaperones and several of the 58 youth riders on a bike trip from Mackinac City to Traverse City and welcomed them to northern Michigan and the Top of Michigan Trails Council system.

This is the 29th year that Dan and Peggy Manzer of the Ravenna Baptist Church have organized and overseen a ride for the church’s middle school youth. A few years ago, the Sparta Baptist Church joined the group rides. This was the second of a three-year cycle of cycling. The first year, the group rode from Tahquamenon Falls State Park to St. Ignace. This year’s ride takes the group from the Mighty Mac to Traverse City. Next year, they’ll ride from the T.C. area to their church in Ravenna. The youth members and adult chaperones who pedal all three years, then, will have completed a ride from Tahquamenon to their home church.

The first day of this year’s ride was from Mack City to Petoskey. In previous years, the group rode almost entirely on roads, taking the Tunnel of Trees along Lake Michigan. With the recent improvement of the NWST, they opted to do a safer and more direct trail ride, stopping at Pellston Pioneer Park for lunch.

The large tour rides in smaller groups of about 8 to 11 kids, along with 2 or 3 adults. Boys and girls ride in separate groups and, as Dan Manzer told me, “the girls are kickin’ butt right now”!

The group camps at State parks, or sometimes on school grounds. The last group to leave in the morning is responsible for breaking down the camp and getting all their gear loaded onto trucks & trailers. The first group to arrive at the next night’s stop sets up camp. They have their own SAG support van and gear-transport team. Peggy Manzer is responsible for driving ahead with the chow trailer and setting up lunch arrangements.

The bicyclists I spoke with were all having a grand time and loved riding on the NWST. It was a great recreational and bonding experience and they were all eager to continue their ride down the trail. They were to spend the night at Petoskey State Park and ride the Little Traverse Wheelway to Charlevoix the next day. It was wonderful to see such a large, enthusiastic group enjoying the TOMTC trail system!